For performances on:
Tickets available at:
https://tracking.goldstar.com/aff_c?offer_id=6&aff_id=6000&aff_sub=234042&aff_sub4=agatha-christies-murder-on-the-orient-express-tickets&aff_sub5=chicago
Get Tickets

Just after midnight, a snowdrift stopped the Orient Express in its tracks. The next morning, an American tycoon lies dead in his compartment, stabbed, his door locked from the inside. Isolated with a killer in their midst, the passengers rely on famed detective Hercule Poirot to identify the murderer before they strike again. The play adaptation of Agatha Christie’s famous murder mystery first premiered in 2017. Murder on the Orient Express adapted for the stage by Ken Ludwig. 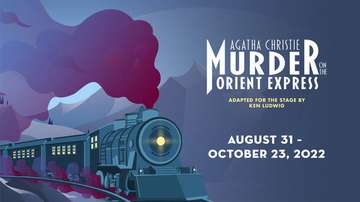