For performances on:
Tickets available at:
https://tracking.goldstar.com/aff_c?offer_id=6&aff_id=6000&aff_sub=80744&aff_sub4=comedian-michael-yo&aff_sub5=chicago
Get Tickets

Michael Yo has come a long way since his childhood in Texas. The self-described “half-black brother with a Korean mother” is one of the most popular panelists on E!’s hit talk show Chelsea Lately and a two-time Emmy Award nominee. Yo has appeared on everything from Kourtney and Khloé Take Miami and Extra to feature films such as Losing Control and The Bling Ring. He can be seen on CBS’ The Insider covering the latest in celebrity news and gossip, as well as guest co-hosting CBS’ The Talk, and appearing regularly as a hot topic talker on The Wendy Williams Show. Additionally, Michael can be heard on SiriusXM as host of Hits1 in Hollywood weekday afternoons on channel 2. Come watch him throw down the more comedic chops at the Chicago Improv of Schaumburg. 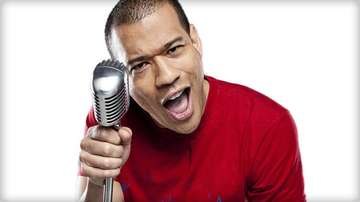