Dopeness: A Work in Process

Tickets available at:
https://tracking.goldstar.com/aff_c?offer_id=6&aff_id=6000&aff_sub=233619&aff_sub4=dopeness-a-work-in-process-tickets&aff_sub5=chicago
Get Tickets

DOPENESS is pure, unadulterated black joy. Made up of all rising stars the cast and crew has performed literally all over the world and has worked on or currently works on ”The CHI” (Showtime), ”Shameless” (Showtime), “Empire” (FOX), “Chicago Med” (NBC), “Chicago Fire” (NBC), “Chicago P.D.” (NBC), “The Big Leap” (FOX),“Hot Date” (Netflix), Laugh Factory, Second City, and Zanies. Come check out the creative process up close from the cast of DOPENESS as they prepare for their tentpole sketch review on the Annoyance mainstage coming in September! Bringing hilarious brand new sketch comedy to the stage every week. Most importantly, it’s just funny as f*ck. 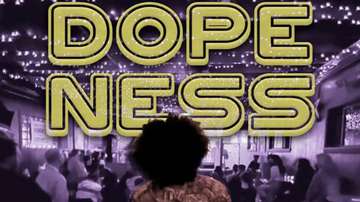