Encanto: The Sing Along Film Concert

Tickets available at:
https://tracking.goldstar.com/aff_c?offer_id=6&aff_id=6000&aff_sub=232070&aff_sub4=encanto-the-sing-along-film-concert-tickets&aff_sub5=chicago
Get Tickets

Walt Disney Animation Studios’ Academy Award-winning film comes to life in a one-of-a-kind concert event, featuring the entire feature-length film and an on-stage band celebrating all the record-breaking hit songs from the beloved soundtrack. There will not be any in-person characters or in-person original cast members as any part of the event. The on-stage band will perform live for every song, and you will hear all of the original character voices that you know and love from the soundtrack in sync with the film on the big screen. You should know that experiencing your favorite film as a “film concert’ is way better than watching it at home. The music comes to life on stage right before your very eyes with world-class musicians, and you get to experience all of the memorable moments from the film alongside a community of fellow fans. You should expect to laugh, sing, cheer, and maybe even shed a tear, for those extra special moments. 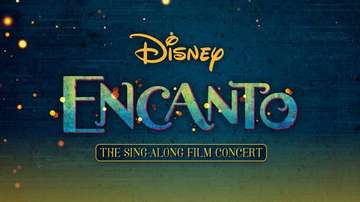