For performances on:
Tickets available at:
https://bit.ly/CoreyHolcomb5150
Get Tickets

A finalist on seasons 2 and 3 of NBC’s Last Comic Standing, Corey Holcomb often starts telling raunchy jokes right out of the gate, whether he’s riffing on his baby’s freaky bottle habits or how he got back at his ex by leaving a big-screen TV box outside her apartment to attract burglars. Born in inner-city Chicago, Corey first took the stage in 1992, and he’s been cracking up audiences ever since with his stories of relationships gone hilariously wrong, earning him the reputation of “the ghetto Dr. Phil.” In addition to touring the country headlining comedy clubs, Corey has been seen on BET’s Comic View, HBO’s Def Comedy Jam and Nick Cannon Presents Wild ’n Out. He has appeared in two comedy specials of his own and guest starred on several sitcoms, including UPN’s Half and Half, Everybody Hates Chris and Tyler Perry’s House of Payne. 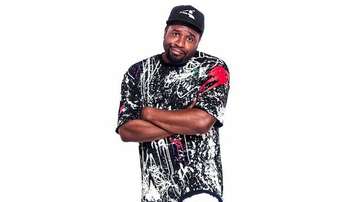